A long time ago I got to play with a variety of black powder percussion pieces for a while. It was love at first sight! Since then, I have kept my eyes open for ones that struck my fancy. Here is one such firearm, the 1861 Enfield Musketoon:

I've been wanting one of these for some time now, just found a couple of sites that sell them:

This site is a little cheaper- then again, I have not looked at the shipping costs from either one yet.

Euroarms seems to be the only manufacturer of them out there supplying distributors. Have any of you ever owned or seen one out there? Know of any other places that sell them? My fortunes may be sailing in better waters soon so it may be a very smoky spring time here!
L

Veteran Arms from Georgia does not have an Enfield Musketoon, however they have faithful reproductions of several weapons dating back to matchlocks. I have personally seen their 40 Springfield conversion and the 1777 Charleville compared to originals and they are pretty close. Most makers of reproduction firearms pays little attention to the item they claim to represent. For instance, the P53 Enfield of Crimean and Civil War fame is generally a poor copy of the original. Starting at the muzzle and going to the brass cap on the buttstock, little if anything resembles to original. Markings are the worst and really make a bad rifle or musket worse.
M

Personally I like the size and shape of it as well as its history(ie. CSA Cavalry use . I know a lot of repros aren't too great though, some not even fully functional firearms- meaning smoke shows only.

A good barrel and decent sights with that look sure would make me happy!

P.S.: they have a nice sword bayonet for them too... :twisted:
L

CS Cav units did use the musketoon, but not nearly in the numbers that many today would think. Cav units were equipped with many varieties of arms ranging from full size muskets to the various repeaters that were available. Ordinance returns from just Co. A 7th SC Cav in 1864 reflect the use of 17 weapons. This is very indicitive of many Cav units both north and south throughout the war. Generally speaking, a typical infantry regiment would have three to five weapon platforms in issue at any one time. Companies were no different. The musketoon is often over-represented in modern Civil War reenactments as being a general purpose issue. I believe it was Orr's Rifles who received issues of Enfield Musketoons from England in late 1860 only days after secession. This would mean the platform was purchased before secession. These rifles were found to be excellent weapons and highly accurate despite their short muzzle length. Enfiled rifle-muskets were sometimes shortened during the war for a variety of uses and there are places to see these on display (not sure any are actually in SC though). There are plenty of Enfields that were cut down after the war into sporting rifles or shotguns.

I have never fired a musketoon, but I am quite sure it is fun. I enjoy shooting my Enfield rifle-musket and my 1822 model US musket. They are a blast to play with. My favorite all-time muzzle loader is the 1777 Charleville. A buddy of mine in PA owns an original and hunts deer with it every year.
M

Everyone probably gets them because they look cool! Not to mention the fact that shorter folk(like me) would have an easier time reloading them as well. The Charleville is a fine piece as well, how is it dealing with the flint and frizzen caretaking and loading the pan all the time? Must be my lazy side, but percussion caps sure simplify the steps for going from A to Bang! :lol:
You must log in or register to reply here.
Share:
Reddit Pinterest Tumblr WhatsApp Email Share Link 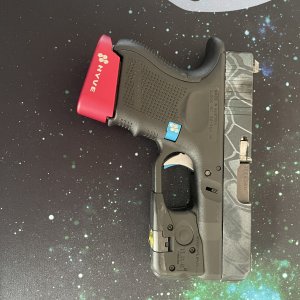 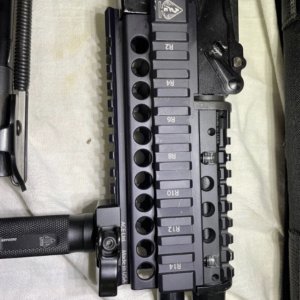