I picked up a new plinker from Bud's Gunshop. The transfer was handled by Beau at HHB Guns with his usual fast, friendly & professional service. the Pistol is the ISSC M22 Target pistol. It has a 5.5 inch ported barrel. It looks similar to a Glock. Not a bad practice gun for Glock conceal carry owners.
I had already put a deposit down on this puppy when I contacted Beau. He told me he had an unhappy owner of an M22 4 inch pistol and sent it back to the factory for him. I looked on line and found some very bad reviews, as well as, some good reviews. The gist of all of these was the pistol would not feed reliably with some or all ammo out the box. The company was good about trying to make the situation right. The company admitted to problems with early models. The later models had fewer problems. The Target pistols with 5.5 inch barrels worked well. All pistols worked best with CCI Mini Mags solid points. I was uneasy but decided to continue with the transaction.
I ordered 800 rounds of CCI Mini Mags in preparation for breaking in the pistol as recommended by ISSC. Today I had a chance to try the pistol out in the side field. I cleaned the shipping lubricant/protectorant from the pistol and lightly lubricated the slide rails, barrel, recoil spring and hammer. I did not polish the feed ramp as others had done. My son-in-law and I fired 100 rounds of Mini Mags in groups of five or ten rounds. We fired slow and rapid fire. We had one stovepipe which may have been caused by my son-in-law's inexperience with pistols. We had no Failure to Fires as some had reported. The shellcases showed a solid firing pin imprint.
The trigger pull is very good. The return travel is long and I had to get use to letting the trigger return further than I'm accustomed to the fire the next shot. It didn't take long to do that. The trigger has sharp edges on the face of the trigger which can become uncomfortable to finger pads without any callus. I will smooth this out with a little emery cloth.
I have to say that I enjoyed shooting the pistol and so far have no complaint about this gun. I'll continue to shoot it and update this review as I do.
I have not heard any good reviews about the 4 inch pistols and don't know if the barrel length would be a factor. The alternative would be a difference in the finishing process for the ported long barrel vs the short barrel. Any thought about this?
Surprise!!!! I stumbled across an interesting review of this pistol. http://carteach0.blogspot.com/2010/07/review-issc-m22-22-target-pistol.html 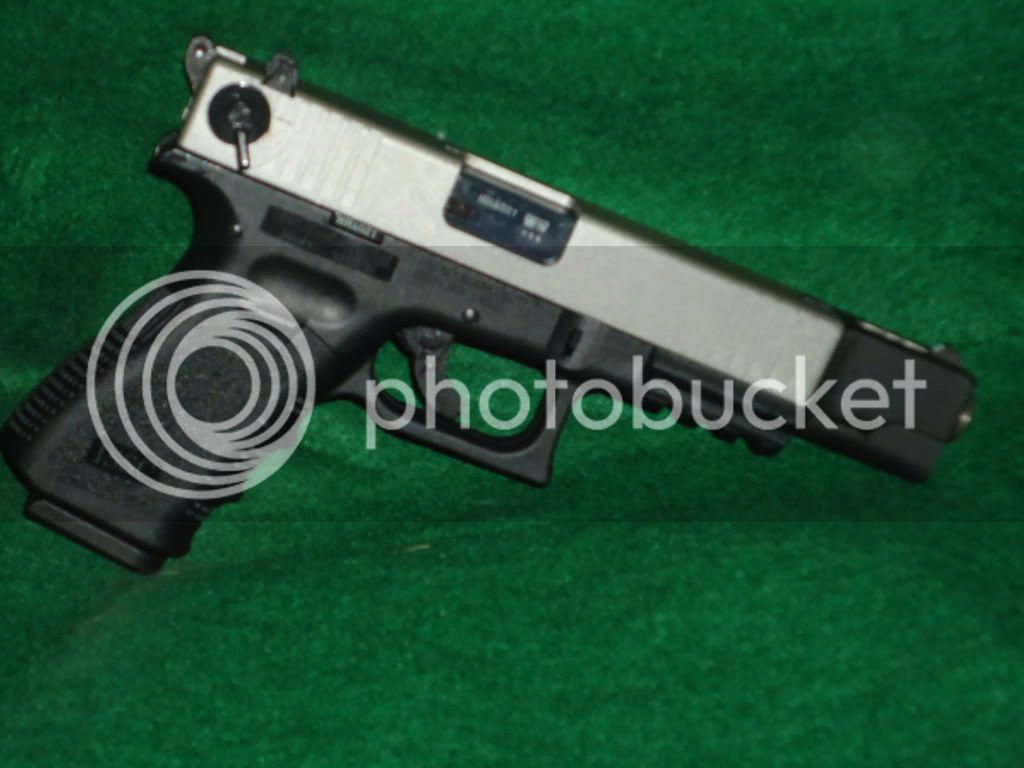 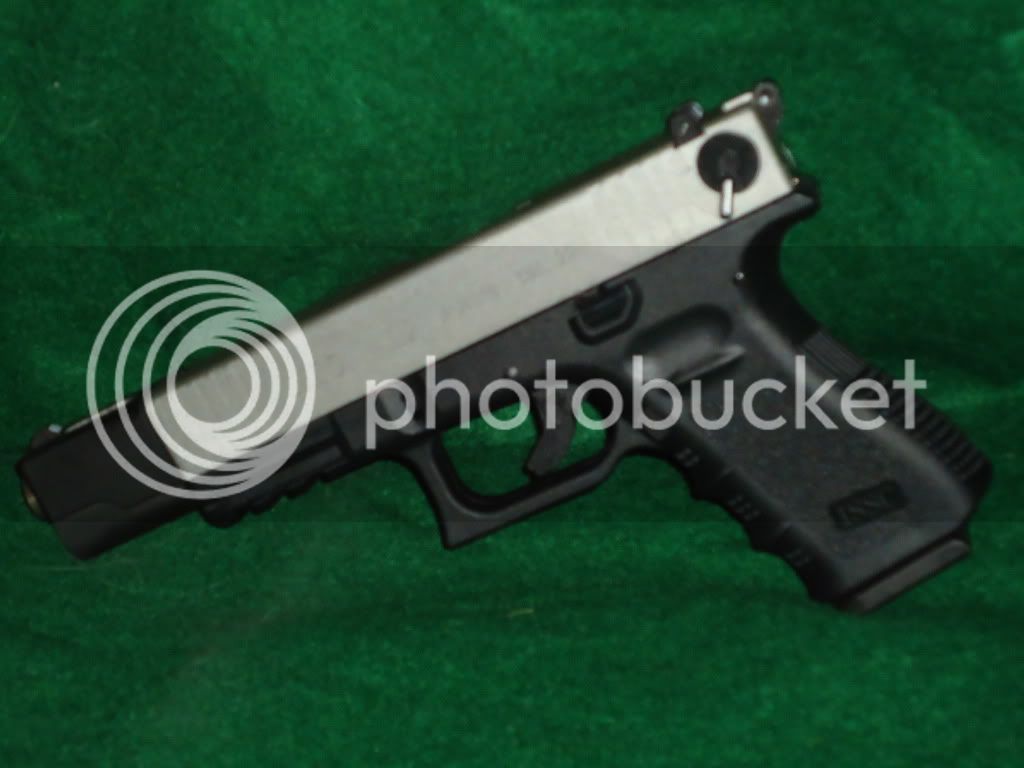 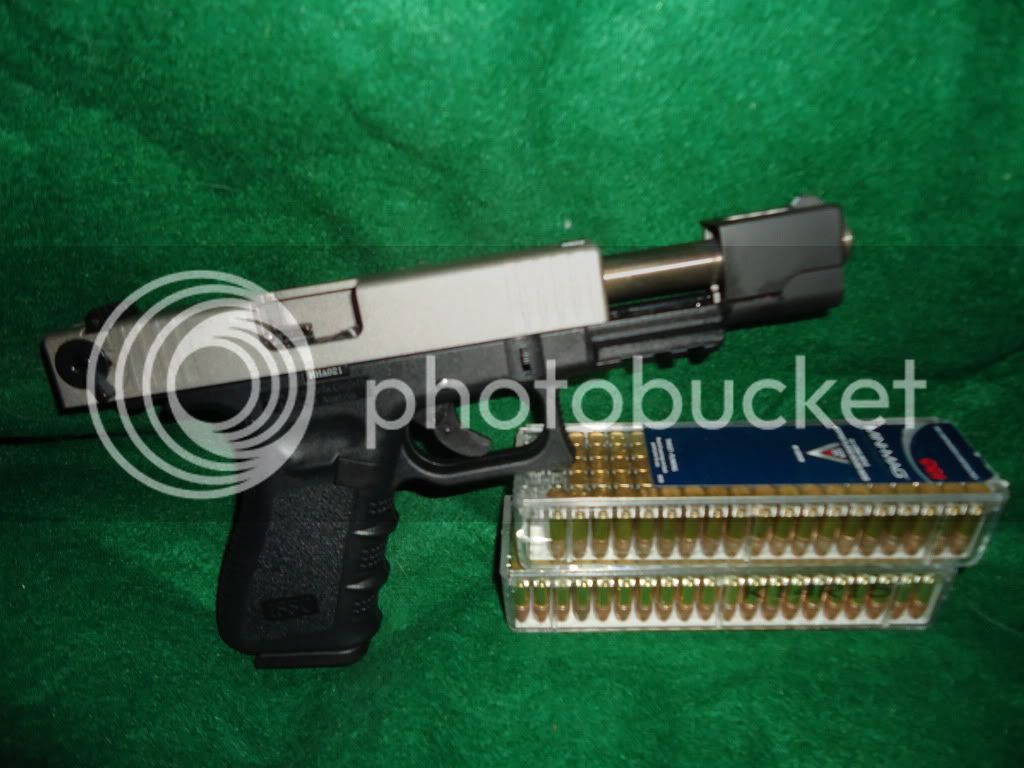 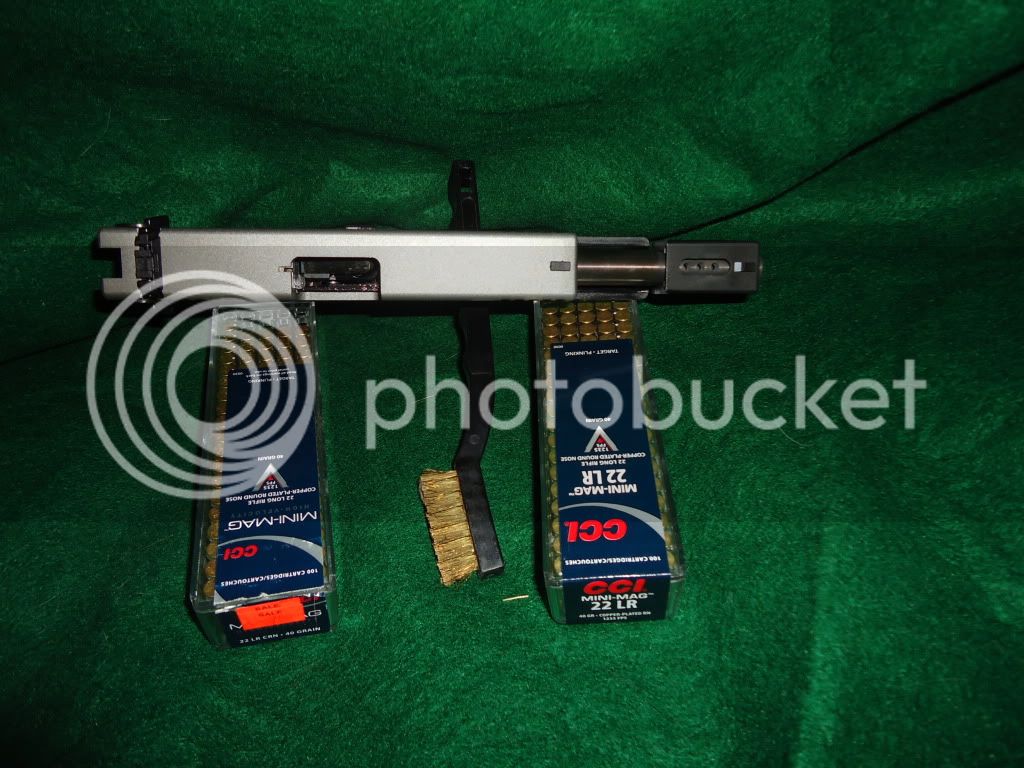 Nice pistol you got there! No surprise about CCI MiniMags working fine in it, I always loved their .22 ammo. The review and torture test video was great as well, thanks for including it. Overall, I bet it will supply you with plenty of enjoyment over the years- have fun!
D

Thanks Raver,
I laughed when I found that web review. He was a lot more technically astute but comfort was addressed as well. I hope this one works out. I'm leery of jumping on a new gun before someone else has a chance to find the flaws but I figured the price was low enough. Even the bad reviews emphasized the company's on going refinement process and willingness to try to make things right if you had a problem. I see were J&G and Bud's has 4 inch pistols for 199.00.

One of the reasons I got my FNP9 & 40 at rockbottom prices is because I bought in when the introductory prices were so low. If you think the company will stand behind their product you can pick up great guns before the price climbs. The Ruger SR9 and SR9c are another example of this.
M

All quirks aside, ANY firearm is better than none at all!!!

Took it out today and put another 100 rounds of CCI mini-mags through it without a hiccup. I did have one FTF. I pulled the bullet and there was no powder in the shell and no primer in the rim since I tried three different times to fire it before I pulled the bullet. I let my Brother -in-law try it out and he was very pleased with the pistol. So far, I haven't had any issues with this pistol and enjoy shooting it.
L

Did your version come with a threaded barrel?
D

No threaded barrel. The compensator is held on with a set screw. I'm seeing fewer complaints about the 4" barreled guns. I haven't seen a complaint about the 5.5 threaded or the ported barrel since Dec. I have put 300 rounds of mini-mags through it and cleaned it this past weekend for the first time since starting the break-in process. It did not give me a moments trouble.
M

Send that Mini-Mag cartridge back for a refund! :evil:
F

That's actually not abnormal for 22 long rifle.
That is why I would never trust my life to them.
They are great for small game and target but not for self defense.
D

I've had misfires with every brand of ammo, Federal/Remington being the most guilty, but this is the first time I've had no powder in the cartridge. I know, misfires are dangerous but if it hasn't gone off by the time I finish my shooting session I figure it is stable enough to examine.
You must log in or register to reply here.
Share:
Reddit Pinterest Tumblr WhatsApp Email Share Link