that's a community i don't mind being a part of, as opposed to some that i may be forced to join

He thinks rifles and shotgun purchases are taking a back seat to assault rifle sales, especially since Obama took office. He said some people are using those guns to hunt wild game.

"It's an ego thing," Flondarina said. "It's like driving a Corvette down the road. People are like, 'Hey, look at me.'"

what an arrogant prick. that bastard knows nothing about me.

"It becomes a deadly game," said Laura Hudson, executive director of the S.C. Crime Victims Council. "Where is all of this ending? Is everybody going to have a weapon? Are we going back to the Wild West? It just escalates."

need i even answer this? i'd ask laura to provide evidence of her silly ass claim, but she'd once again repeat her propoganda to TheState with nothing to back it up and they'd once again print it without question. funny how these "investigative journalists" become so much less investigative when one of their pals pushes an agenda. no laura, it doesn't "escalate". shall issue CCW permits have been issued since the early 90s and it has not "escalated" nor has it became "the wild west". bottom line, you are full of shit.

i'm not even reading the rest of this, i don't have any more time to waste on it.
C

Thats Great , alot more than I thought there were

common sense will tell you that this surge in interest to have a concealed carry permit is not coming from a "radical pro gun fringe". these are mainstream folks.

The inspiration came, I believe, from a desire to exercize their first ammendment rights before those rights are taken away for ever.

I think also, that once people go to the range, even out of curiosity, they discover that the rhetoric of the "anti-gun fringe" is completely unjustified. Guns are a lot of fun to shoot, they are relatively simple to learn, they are challenging to become your best, and the firearms community is really a great bunch people.

South carolina probably has double the number mentioned who have always had guns and carry concealed.

I actually think this number is way low of the real number. Thsi sounds more like the count of "recent" permits.

F
Islam Is Closer Than You Think 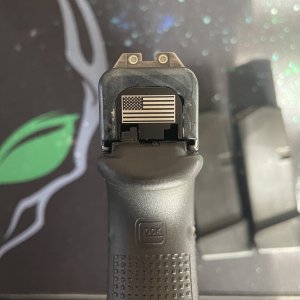 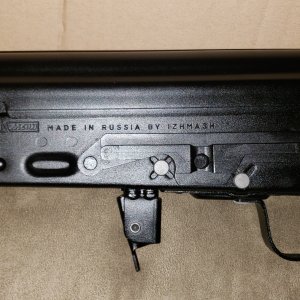