Today I saw an 870 I could not readily identify.
It said Light Contour and 2 3/4 or 3" on the barrel but on the receiver I did not see the usual ID information.
It did not say Wingmaster, Express, Special Purpose nothing...
It had a lot of scroll-work and almost hidden in the scroll work it said Remington 870 and that was it.
The serial number ends with a M and the guy behind the counter tried to tell me that meant it was a magnum.
He pointed out the fact that the barrel was 3 inch blah blah blah.

I recorded the serial number and called Remington
They checked the serial and it turns out it is a Wingmaster light contour model and is not a magnum receiver.
They also told me the mfg date was 1999.

When in doubt give Remington a call.
1-800-243-9700
There are sites on the web that give the barrel codes these sometimes work but could have been swapped, the surest way is drop a dime...

I am glad I passed on it I have been looking for a magnum Wingmaster but this one was not it.
M

Certainly shows you that like at any other store, some chump could just be working for a check and not know diddley about the merchandise. No offense intended to any of our Forum members that have businesses mind you. There is a big difference between an owner and the hired help. However, you probably see that more at a WallyWorld, Kmart or other place that has some goodies in the sporting goods section.
You must log in or register to reply here.
Share:
Reddit Pinterest Tumblr WhatsApp Email Share Link 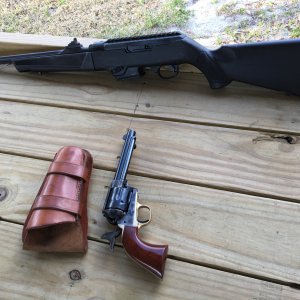 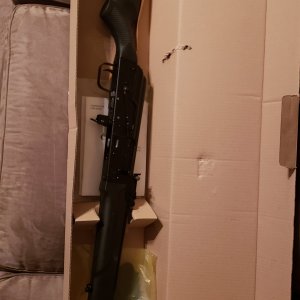