How to fly with a firearm as checked luggage

OK, here is how it works. I have had to do this many times.

Put the rifle in a lockable case. It must be packed separate from the ammo. You will have a bigger problem carrying a lot of ammo then checking a firearm. I once lost out on a paid Blackwater course because of this! Sometimes it pays to call ahead an talk to someone with a name about any new policy they have it place.

When you get to baggage check-in tell the agent that you are checking a firearm. They will most likely want to inspect that the firearm is not loaded, or may just ask you. Either way have the case unlocked when you get there. They may ask TSA to inspect it as well. Now a days, they usually do. They may also decide to inspect it again later, in which case they will cut your locks off. That is just the way in now works.

If it is a bolt action I would remove the bolt or somehow otherwise make it as obvious that the firearm is in a safe condition. This hopefully prevents them from parading it around for the public and their own internal baggage thieves. I also run a cable lock through the action. They will ask you to sign a red card that will attest that the firearm is safe. They should put this card on the inside of the case, but they may try and put it on the outside. If they do tell them, gently, that it belongs on the inside. If they argue, ask for a supervisor. This is a big problem as it flags the firearm for the aforementioned thieves.

Then go get on your flight, and when you get to your destination say a prayer that your firearm made it as well. If you don't see it on the baggage carousel, don't panic, yet... Sometime large or odd shaped items must be picked up at your airline's baggage claim desk. This is the same place that you would go to pickup or claim lost luggage.

Make sure that you have the model and serial number recorded separately with you, in case you have to file a police report. You will most likely have to file it with the jurisdiction that you flew out of, as that presumably is the last place that you saw it. Make sure that the police report gets reported ASAP to the local pawn desk and that the rifle is entered as a stolen item on NCIC. Then make sure to keep the police up to date if or when you move as to your new contact information.

I would make sure that I had extra insurance on it, these things do get stolen and "lost." Ask me how I know! But the odds are that everything will turn out just fine, it is just not a sure thing!

Be sure and go by a music store and pick up a few Gibson or Les Paul stickers and put them on the case. It helps!

I wonder if there would be a market for guitar cases and so forth specifically designed for carrying firearms?

I have often wondered if it was still possible to get insurance on the firearm in teh event they do steal it could you get your value for it?

I don't know about now but back in the day Delta lost three of my firearms.
M1A, S&W 29, and a Contender.
I bought extra insurance so they would be insured for replacement value.
It was a hassle but they finally paid off.

They sell guitar cases at Sportsmans Warehouse to be used as gun cases.
So I would say yes.
I don't know if they still have them or not.

I like the idea about the stickers.
I think I am going to go get some.
B

I know all about the "sorry about losing your gun case". I used to work at the airport and those nice BRIGHT RED stickers were a flag to all the luggage thieves working the ramp area, after a missing (stolen) baggage claim was filed, we would wait a couple of days and go check Money man Pawn,, and there were the "lost" items... Now days they are 'supposed" to put the cards inside thcase as he mentioned earlier, but "accidents" happen,, or so they will say.
You must log in or register to reply here.
Share:
Reddit Pinterest Tumblr WhatsApp Email Share Link 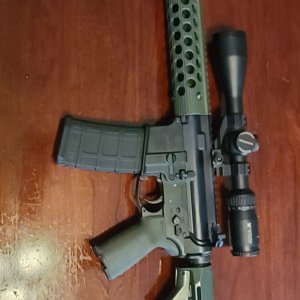 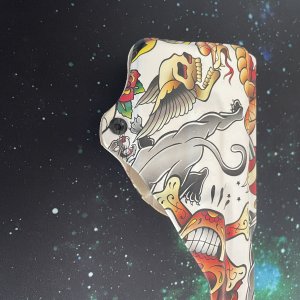