Gun Control "Under the Radar"

On March 30, the 30th anniversary of the assassination attempt on President Ronald Reagan, Jim Brady, who sustained a debilitating head wound in the attack, and his wife, Sarah, came to Capitol Hill to push for a ban on the controversial "large magazines." Brady, for whom the law requiring background checks on handgun purchasers is named, then met with White House press secretary Jay Carney. During the meeting, President Obama dropped in and, according to Sarah Brady, brought up the issue of gun control, "to fill us in that it was very much on his agenda," she said.

"I just want you to know that we are working on it," Brady recalled the president telling them. "We have to go through a few processes, but under the radar."
A

Nothing surprising.
You must log in or register to reply here. 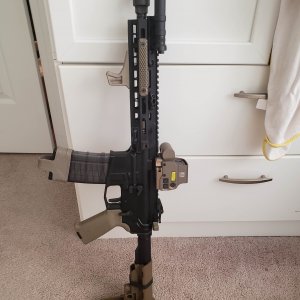