Are you prepared for the impending zombie invasion?

That's the question posed by the Centers for Diseases Control and Prevention in a Monday blog posting gruesomely titled, "Preparedness 101: Zombie Apocalypse." And while it's no joke, CDC officials say it's all about emergency preparation.

"There are all kinds of emergencies out there that we can prepare for," the posting reads. "Take a zombie apocalypse for example. That's right, I said z-o-m-b-i-e a-p-o-c-a-l-y-p-s-e. You may laugh now, but when it happens you'll be happy you read this, and hey, maybe you'll even learn a thing or two about how to prepare for a real emergency."

The post, written by Assistant Surgeon General Ali Khan, instructs readers how to prepare for "flesh-eating zombies" much like how they appeared in Hollywood hits like "Night of the Living Dead" and video games like Resident Evil. Perhaps surprisingly, the same steps you'd take in preparation for an onslaught of ravenous monsters are similar to those suggested in advance of a hurricane or pandemic.

"First of all, you should have an emergency kit in your house," the posting continues. "This includes things like water, food, and other supplies to get you through the first couple of days before you can locate a zombie-free refugee camp (or in the event of a natural disaster, it will buy you some time until you are able to make your way to an evacuation shelter or utility lines are restored)."

Other items to be stashed in such a kit include medications, duct tape, a battery-powered radio, clothes, copies of important documents and first aid supplies.

"Once you've made your emergency kit, you should sit down with your family and come up with an emergency plan," the posting continues. "This includes where you would go and who you would call if zombies started appearing outside your doorstep. You can also implement this plan if there is a flood, earthquake or other emergency."

The idea behind the campaign stemmed from concerns of radiation fears following the earthquake and tsunami that rocked Japan in March. CDC spokesman Dave Daigle told FoxNews.com that someone had asked CDC officials if zombies would be a concern due to radiation fears in Japan and traffic spiked following that mention.

"It's kind of a tongue-in-cheek campaign," Daigle said Wednesday. "We were talking about hurricane preparedness and someone bemoaned that we kept putting out the same messages."

While metrics for the post are not yet available, Daigle said it has become the most popular CDC blog entry in just two days.

"People are so tuned into zombies," he said. "People are really dialed in on zombies. The idea is we're reaching an audience or a segment we'd never reach with typical messages."

More proof that we have idiots in office.

Um boss shouldn't this be in OT?
C

I don't think they're idiots for this, I think it's pretty funny. They're right, there's a big zombie fad right now; Zombie movies have been a cult favorite for years, and zombie video games have been huge in the last few years. I think they're just taking the opportunity to use it as a humorous way to get people interested in something very serious.
D

ConditionOne said:
I don't think they're idiots for this, I think it's pretty funny. They're right, there's a big zombie fad right now; Zombie movies have been a cult favorite for years, and zombie video games have been huge in the last few years. I think they're just taking the opportunity to use it as a humorous way to get people interested in something very serious.
Click to expand...

That's because they are from the government and are here to help. :shock:
C

My survival kit for the zombie apocalypse would be:

Seriously though, in a way, aren't the zombies already among us? They just wear nice suits and stumble around on capitol hill.
M

C_Carson said:
Seriously though, in a way, aren't the zombies already among us? They just wear nice suits and stumble around on capitol hill.
Click to expand...

There are even more than you think, they're called "Democrats".
F

Zombies are real.
The movies and now this admission from the government proves it.
The movies were to get us used to the idea of Zombies.
Then to desensitize us to Zombies.
Then to teach us exactly how not to deal with Zombies.
Now the TV show is teaching us to beware of other survivors as well as the Zombies.
The warning from the CDC while they claim it is humor I say BS.
Our government is not known for having a sense of humor!
Well maybe I am wrong our president is a joke...
You must log in or register to reply here. 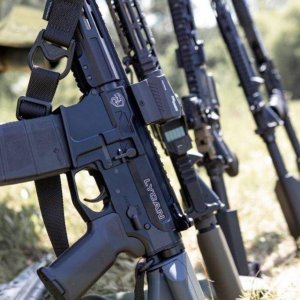